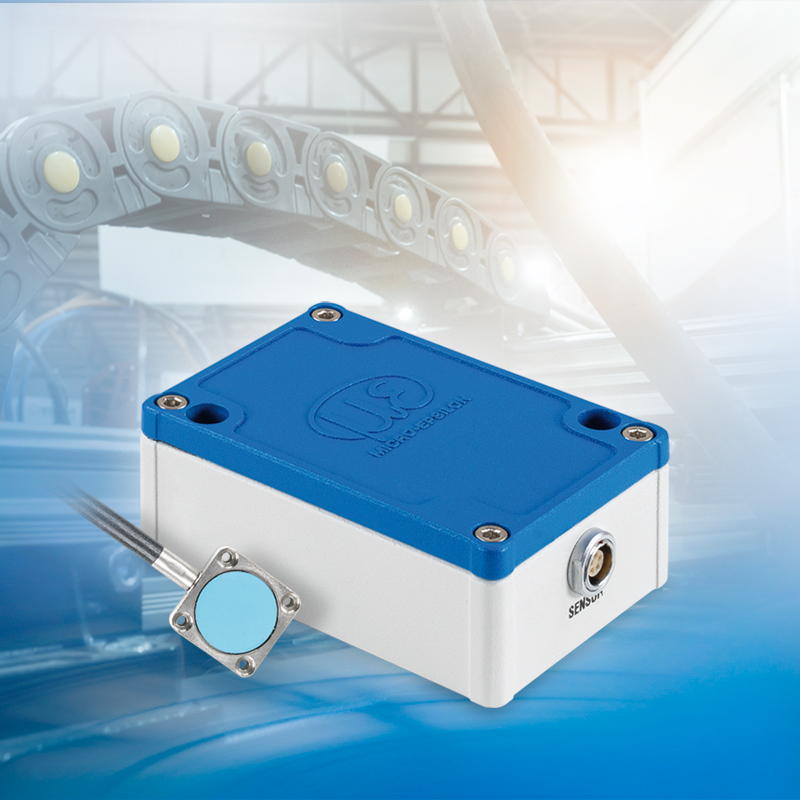 The capacitive capaNCDT 61x4 measuring system is designed for industrial production environments. Compared to standard sensors, the active sensor with integrated preamplifier doubles the possible signal transmission path. The signal transmission remains stable up to a cable length of 15 m.

The sensor cable is extremely robust and flexible which makes it ideally suited to drag-chain use and robot applications. In order to achieve optimum signal quality, the system is factory-calibrated according to the desired cable length. Therefore, the system is ready for use which makes on-site calibration superfluous. Output of measurement data is via RS485 interface or an analog output.

The capacitive system impresses with its versatile fields of application from automation technology, robot use and machine building to semiconductor production.