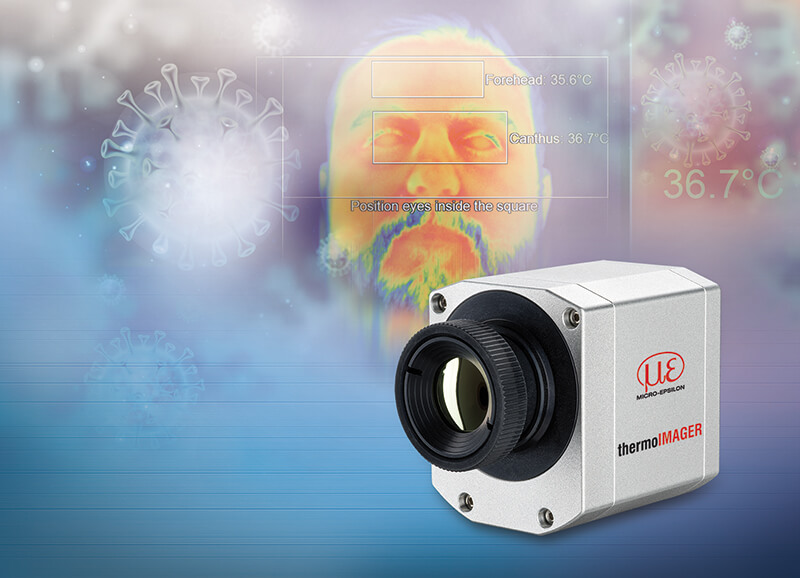 The thermoIMAGER TIM QVGA-HD-T100 thermal imaging camera detects the body temperature of both individuals and groups quickly and reliably. It is, for example, set up at visitor and staff entrances or security gates in public institutions such as train stations and airports.

The thermoIMAGER TIM QVGA-HD-T100 particularly stands out due to its high thermal sensitivity of 40 mK and high speed of 80 Hz at which the real-time records are output. The USB port simplifies commissioning. The system can be set up and taken down in a very short time which makes it flexible in terms of its location. Other advantages include low weight, compact design and robustness.

An ambient reference radiator which can be used in addition increases the system accuracy to ±0.5 °C. The radiator is positioned in the Field of View in order to continuously provide reference values to the thermal imager.