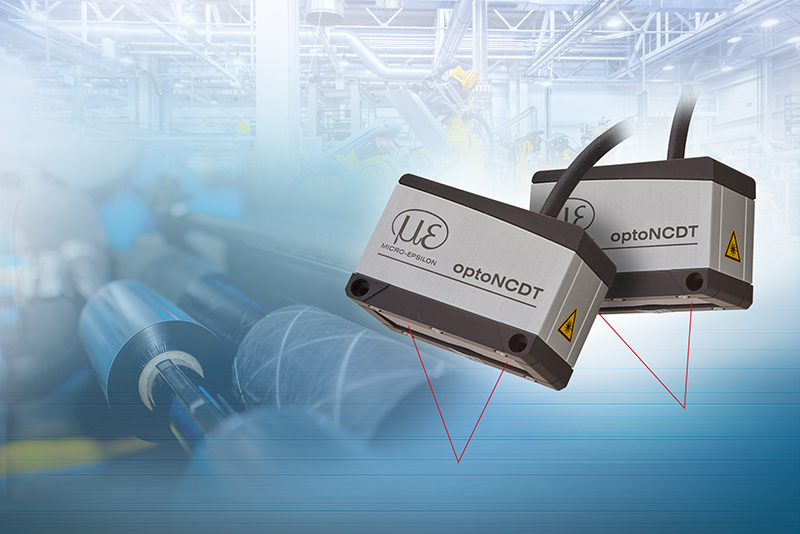 For precision measurements in battery cell production, new optoNCDT 1900-6 and 1900-6LL laser sensors are used. They measure the thickness of coated battery films.

The new 1900-6 and 1900-6LL laser sensors extend Micro-Epsilon’s range of laser triangulation sensors. They operate with a measuring range of 6 mm which completes the portfolio of sensors with measuring ranges between 2 and 500 mm. The sensors can be used flexibly in numerous measurement tasks in different industries. For example, they provide highly accurate results in film thickness measurements. The optoNCDT-6LL laser line model is designed for rough and shiny surfaces. The sensor produces a small oval light spot rather than a point. This light spot compensates for inhomogeneous surfaces, resulting in stable signals and high accuracy.

Application in the battery industry

In the battery industry, these precise sensors are used, among other things, for the thickness measurement of coated battery films. The homogeneous coating paste is called slurry. This metal oxide consists of nickel, cobalt, manganese and lithium and is mixed with water and solvent. The paste, applied to both sides of an aluminum film, is dried after application and then calendered under high pressure to evenly distribute the mixture on the film. The coating thickness accuracy must not deviate by more than +/- 2 μm. Due to their high measurement accuracy, the optoNCDT 1900 sensors are used for inline thickness measurement of the coating. The sensors measure the film from two sides to determine the film thickness or coating thickness.